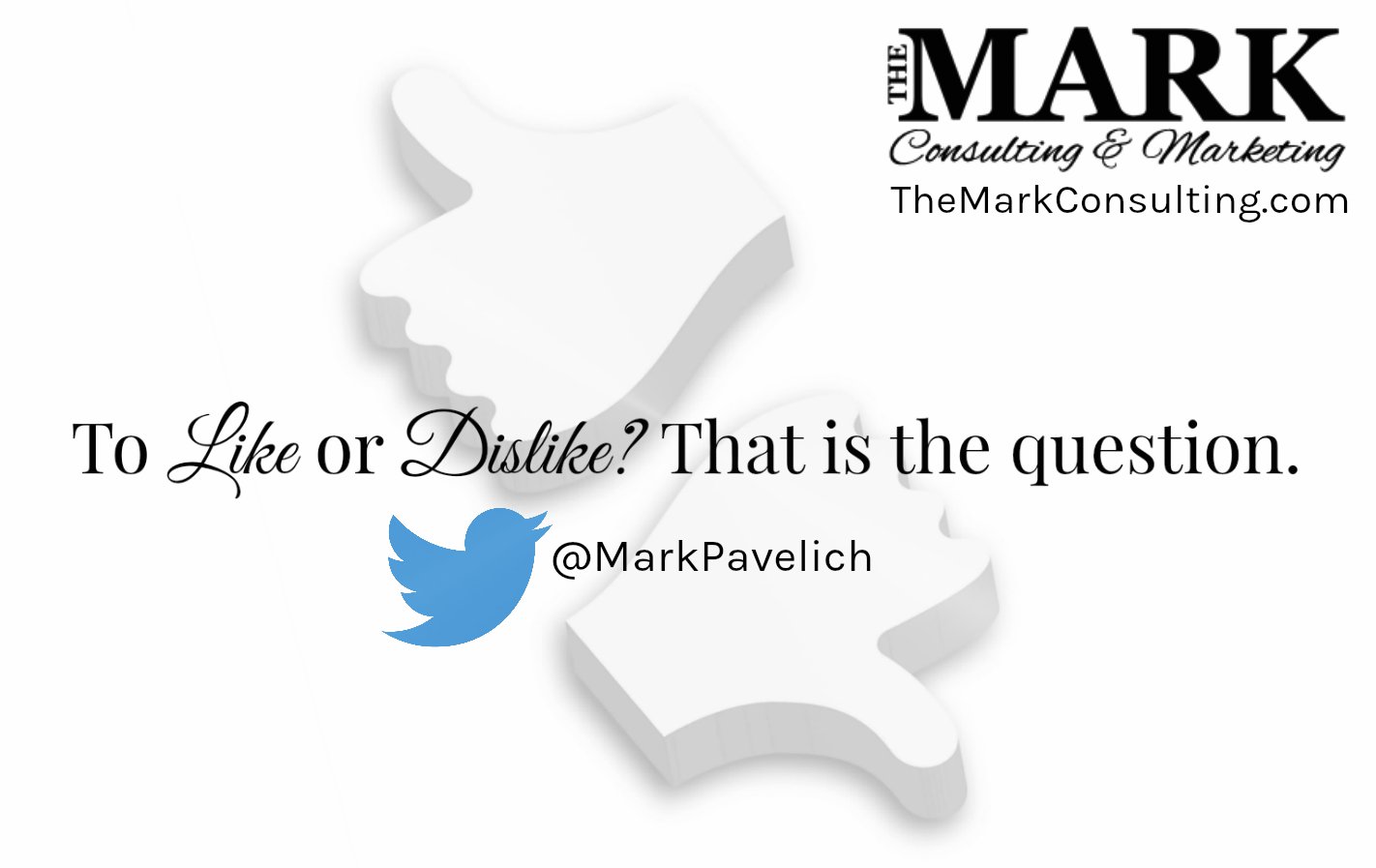 Not as riveting as the original Shakespeare but maybe there’s still a good point to be made.
Facebook’s long-awaited ‘Dislike’ button is now part of the social media giant’s scene. Creator Mark Zuckerberg recently said that followers have asked for years for a flipside to the immensely popular ‘Like’ button. Yet when ‘Dislike’ came on board there was backlash.
Why?
Perhaps things, the world in general, has changed so much since ‘Dislike’ was demanded that now it’s not nearly as sought-after. Isn’t there enough today that we all dislike?
We dislike the government. We dislike racism. We dislike high taxes. We dislike poor customer service. We dislike long lines at the airport. We dislike rush-hour traffic.
We dislike that stupid post somebody put on Facebook.
Whoa, wait a second. You dislike something on Facebook? Ya, don’t we all.
But do you have to ‘Dislike’ it? Do you really have to press a button to register your disapproval?
Can’t you just skip past it on the way to the next piece of information on your newsfeed?
Isn’t this very much akin to the argument about a controversial program on TV or radio? If you don’t like it, just change the channel because there’s plenty more out there to choose from.
It simply seems like an unnecessary step in your day-to-day life. If you don’t like it, move on.
The argument could be made that if there’s post that is controversial, say the current hot-button topic of police brutality, you could punch ‘Dislike’ about a post which shows a politician or police chief coming on to back his officer.
But think about it for a second before you make all that effort to click ‘Dislike’. You click ‘Dislike’ to make your stand on the issue.
That’s all you’ve got? You can’t come up with a few words to succinctly phrase your argument? All you have to offer to the entire situation is one click of a button? No words. All you can come up with is a split-second slide of your cursor and one miniscule muscle movement of a finger.
Conversation is a lost art. We speak now in quips, just enough to fill a small ‘Comment’ box on Facebook or 140 characters on Twitter, often with so much shorthand that you can’t even spell the full word any longer.
‘Dislike’ is a waste of time.
Is there not enough in your life that needs fixing? Do you need more animosity and anger?
Go ‘Like’ something.
‘Like’ it if it impacts you in some way.
You’ll feel better and it will mean a great deal more especially to the person that you are acknowledging.
Positivity outweighs negativity every single time.

Quote of the day: https://t.co/Cnz1zAUsvw

“How to Tell Your Windshield Isn’t Installed Right” - A must read on our website! We wouldn’t want you driving around with a faulty #Windshield… Let us help you! #CrystalGlass https://t.co/YeGMuiuLQb