The Antithesis Of Growth 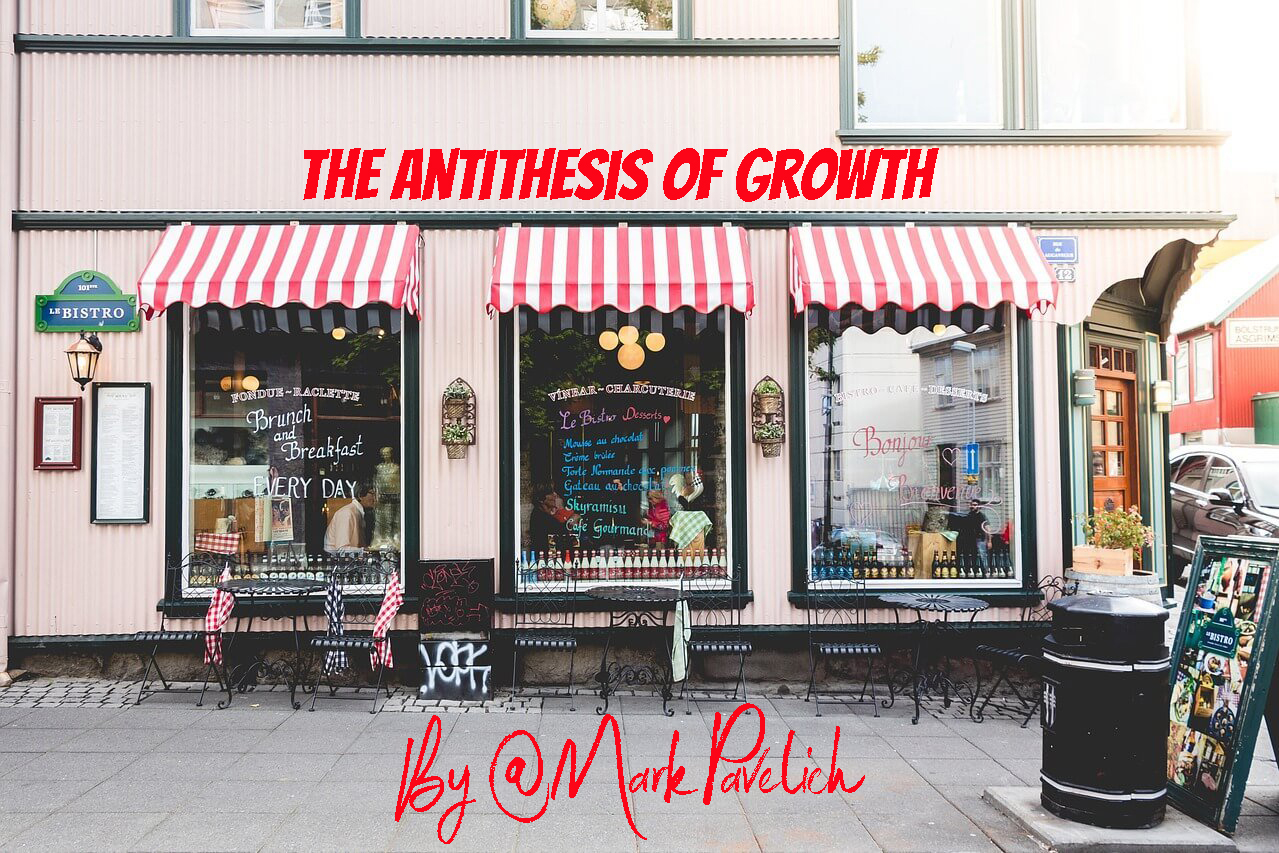 There’s a store in your neighbourhood.  It sits sandwiched between other store fronts in a modern complex.  The awning shades the front entryway and an Hours Of Operation sign is taped to the window of the front doors.  Upon entering, you’re greeted by a friendly staff.  You like this establishment.  It has the products you like, and the adequate service you need.  But it’s never busy.  Upon paying for your merchandise, you notice dust shrouding the base of the computer monitor.  There are remnants of projects that have since gone unfinished.  It is the epitome of plans that were never executed.

They were excited about opening this business years ago.  But as the excitement went away, so did their ambition to grow.  Ideas became inconveniencies and unwanted avenues towards change.  A culture which was once fostered, went the way of a staff that got comfortable.  And then eventually, ownership and management conceded.

It became a bad event.  Invitations sent, with anticipation of pomp and circumstance— but the catering was disastrous, the DJ didn’t show up, and eventually people started to leave.  The hosts thought invitations and a venue would be enough.  When their guests arrived, they should’ve been grateful and been hosts.  Taking it all for granted, no one stuck around.  This is what they did to their business.  They opened it.  People came.  And that’s it.  They thought that it would grow.

The owners had a vision.  They went to university.  They got a degree and set foot in a world of promise.  They believed in themselves.  They also believed that their BComm would result in a high salary and a VIP pass to expedite their way through the lineup to success.

Fast forward several years… or maybe even more, and they’re staring out the window from their entitled life, wondering why their business has plateaued.  “Four years of university.  I work my ass off —40 hours a week!  I should have it all.”  It was supposed to be so easy.  They’re smarter than most people.  They had vision and ambition.  They did everything the right way.

Four years of schooling does not automatically result in a company car, executive office, six-figure salary, expense card, and the envy of an entire organization.  And in the case of the small business of aforementioned lore, it doesn’t present a reserved seat in the world of prestige.  A feature in Forbes isn’t earmarked for you to grace its pages with your bespoken image and words of wisdom.

There’s a reason why putting in 40 hours a week, running a business that was initially built on hustle, isn’t leading you to the promise land.  The groundwork was laid when you started this thing that you call a business.  But businesses are like gardens: you can’t plant a seed and walk away from them. You need to till the soil, fertilize, water, and tend to the garden before you can enjoy the fruits of your labor.  And sometimes– you’ll need to pull a few weeds.

You’ll have a sore back and dirty fingernails.  It takes grit to get to where you want to be.

We’re not all going to make it.  If life were that way,

no one would be special.  We would all receive accolades for showing up.

Growth doesn’t happen to the entitled.  In fact,

it doesn’t just happen at all.  It’s earned.  And businesses need to be developed.

Connect with Mark below: